With publication of LETHAL TIES less than a week away, I’ve been writing about my characters, the psychological issues that affect their lives, but this weeks post is about my book’s all important location: West Sussex.

I’ve lived here since 1996 and despite some of the adverse (and in my opinion), unfair publicity, Bognor in fact, boasts more hours of sunshine than anywhere in the UK, has a lovely stretch of beach and a unique coastal landscape to the west. The rocks lining the shore (Bognor Rocks) are haven to many fossils, a mysterious sight at low tide, even more so behind a sea mist or in the fading light of a sunset.

Woven into in the storyline, Sussex residents will recognise some familiar haunts: from meetings in the Waverley pub on the seafront, to a meal at Mamma Mia, and there is even a touch of romance when two character dine at Sen Tapas.

Bognor town centre features, as does the Job Centre and Marine Park Gardens. Maisie has a flat in Annadale Avenue (chosen for it’s proximity to the Station, a sneaky escape route through a garden) and Joe gets a job in Sainsbury’s as an online shopper, (a job I was hired for myself in 2016).

I have already mentioned the sea mists in Bognor Regis and in one scene, this creates an eerie atmosphere when characters find themselves at the centre of a police investigation.

sussex and the south downs

The story begins in Bognor. Maisie finds her old friend, Joe, sleeping rough in the beach hut opposite the Waverley and helps him to turn his life around.

That is, before Joe receives vile abuse on twitter. Clues in the tweets suggest they could be in danger but with a build up of suspense, one character is drawn further afield to other areas in West Sussex, fascinated by the countryside and various beauty spots.

Nestling on the edge of the South Downs sits the village of Eartham, its idyllic pub, the George, and the Woods beyond. But when Maisie is invited on an impromptu day out, she has no idea what is in store for her.

The day takes many twists and turns. After nearly suffering a panic attack in Eartham Woods, (as a result of her phobia) she suggests heading over Goodwood way and a visit to West Dean Gardens, one of her favourite places. West Dean Gardens is an impressive estate which looks stunning in all seasons, notable for its pergola, mature trees and walled Victorian kitchen gardens.

“… as we strolled across the lawn, I could not wait to show him the pergola; a spectacular three-hundred-foot Edwardian walkway paved in flagstone.
An air of mystery immersed us as we followed the path to the end; the climbing plants twisting around the pillars, a riot of wild roses fragrant against the feathery purple plumes of wisteria…”

The concluding part of the story takes place in East Lavant, a tiny village just outside Chichester. Maisie is lured to a mysterious but beautiful cottage nestling in the countryside beyond the village. Could this be the house of her dreams?

There is something about the remote woodland location that evokes suspicion in Joe. All he wants to do is protect Maisie yet fears she is becoming isolated. From the first trip to East Lavant however, the story gathers momentum, before the mystery that’s haunted them since childhood is revealed…

The story ends in Pagham, with reference to the tranquil harbour, a nesting place for migrating birds and the tiny white herons known as egrets. Where do the characters go from here? You’ll just have to read the book to find out.

My debut Sussex based psychological thriller LETHAL TIES will be published this coming Sunday (April 18th 2021) and can be pre-ordered on Amazon.

It will soon be available in paperback too, and I am hoping to hold a Bognor book launch in the summer.

I hope you’ve enjoyed reading my blog in the run up to LETHAL TIES being published. For more information, stay in touch by networking with me on social media.

I am an English author and have written a series of novels, titled 'Same Face Different Place. Beginnings is a gangland thriller set in the criminal underworld of 1970s London. The second Book 'Visions' is a psychological thriller, set in Kent; a mystery that ensnares the owners of an historic, English Country House. Book 3 Pleasures contains suspense, thrills and YA romance, set in a backdrop of organised crime and at the advent of the British rave culture. There are 2 final books in the series, Retribution (Phase One) and Retribution (End Game) where the saga reaches its dramatic conclusion. View all posts by Helen J. Christmas

This site uses Akismet to reduce spam. Learn how your comment data is processed. 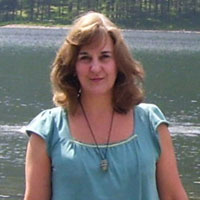 Helen Christmas lives in Sussex and has a passion for writing. ‘Beginnings’ is the first book of her decade spanning ‘Same Face Different Place’ series with 4 more published books in the series.

Saw the most stunning carpet of #bluebells around Eartham and Slindon today’s walk. A gift from #nature that lifts the soul 🌞
Paperback is here! Looking for a spine-chilling psychological thriller this #bankholiday weekend?
Mental health is important.
Happy Earth Day 2021, this beautiful forest lies in the #Sussex downs.
What happens when two former children’s home residents (friends) cross paths after 20 years?
We can all make a difference by being more aware
Stunning tree silhouette in East Lavant near Chichester, a reason to respect nature and the beautiful places we can explore.
It’s Publication Day for LETHAL TIES mybook.to/LethalTies
Imagine making a friend in a children’s home who vanished without a trace. You never found out what happened. He’s been missing for 20 years.
My #Sussex based novel Lethal Ties is coming soon and is available for you to #preorder mybook.to/LethalTies #amreading #psychologicalthriller #psychological #suspense #books #bognorregis #westsussex #mentalhealthawareness #autismawareness
Spring is here 🌷enjoyed a gorgeous walk today in East Lavant #sussex
Perfect magnolia tree in flower and trees in blossom, #nature at its best #sussex #walks