Who are the Bad Characters?

Following on from my last post, it’s the turn of the evil characters to take centre stage. So here’s the low down on the nastiest baddies to be found in this series.

Since writing ‘Beginnings’ in 2011, the list of evil characters has grown considerably from the main protagonists who appeared in the first book. But like the good characters, the cast has branched out as the saga proceeds through the decades.

Set in the 1970s with a background of organised crime, the first nasty guy to be introduced into the story was a violent gang leader, by the name of Dominic Theakston, so it seems apt to start with him. From the turf war that started in 1972, Dominic was determined to move in on ‘Sammie Maxwell’s Patch’ and make his mark in the East End. He carefully selected a bunch of the most violent thugs in the Capital to build up his army. It was his deadly threats that drove Eleanor’s father underground, his next mission to hunt her down but it wasn’t his only agenda…

Hired by people in power, Dominic was a contract killer; destined to end the life of the Dutch musician, Jake Jansen, who witnessed a suspicious scene at the site of a car bomb explosion. But not everything is how it seems. At the end of the book, Dominic revealed a softer side and before the end of the 2nd instalment, ‘Visions’, he had abandoned a life of crime to settle down with a family and start his own health club. But his ultimate dream was to run a night club, a goal that inevitably drew him to Rosebrook, home town of Eleanor and her family. For a short time, everyone’s fears were resurrected and none so much as Eleanor’s. Her greatest terror was the possibility that he might still be on the payroll of her deadliest enemies, about to do their bidding yet again.

So where is Dominic now? 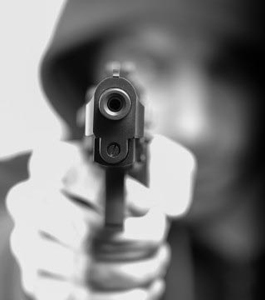 Before the end of Book 3 Pleasures, no one really knew who’s side Dominic was on. He is still a terrifying character, under the scrutiny of the law and it’s not impossible, he might yet stand trial and face a conviction for the murder that took place in ‘Beginnings.’ For that very reason, he had levied further threats towards Eleanor. Having already threatened to harm her son in the 70s, his latest threat was levelled towards her husband, Charlie, if he was ever to suffer the consequences of her original testimony. Dominic is ambitious, powerful and intimidating, he takes no prisoners refuses to side with anyone, good or bad.

“How could anyone forget Robin Whaley? A man who materialised out of no-where – smooth, silver-tongued, disturbingly convincing. A man who had pretended to be an ally, before he spun a web of deceit.” This is how I described Robin Whaley in ‘Visions,’ the sinister ward councillor, turned planning officer at Rosebrook Council. Despite his respectable image, there is no doubt, Robin Whaley is evil and duplicitous. He has always allied himself with the enemies of the series and is unlikely to change. His hatred of Eleanor and her community holds no bounds. He is as determined to destroy her as ever and will stop at nothing to save his own skin and boost his power. 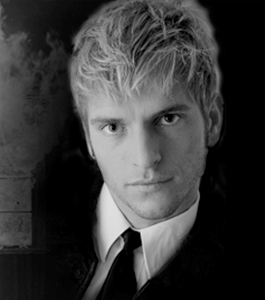 Without a doubt, Ben Hampton is the most sadistic and evil character in the series. He first appeared in ‘Visions’ at the age of 21 as a coke snorting yuppie and an obsessive stalker. The fear he engendered in his victims was always a huge turn on, not to mention his appetite for cruelty and pain. From book 3 ‘Pleasures’ we even learned a little about his past. He was responsible for the death of a pupil at the tender age of 8 but no one thought to have him medically assessed, a mistake that inevitably allowed him to develop into the loathsome psychopath he is now. Ben will stop at nothing to exact retribution on his enemies; the theme of the final book, which prevails right to the end of the saga.

The nature of organised crime changed throughout the decades. From the hedonistic London of the 70s, where gangsters ruled by fear but had some control over the nature of crime – to the unscrupulous 90s where profit became the main incentive. Gang leader, Alan Levy, was always considered a bit of nut-case, a womaniser and a drug taker, with incredible power. Small in stature, he exudes menace. His favourite weapon is a scalpel and he enjoys disfiguring his victims before killing them. In the final book ‘Retribution’ Alan takes his viciousness to new heights with the fated ‘Levy Mark,’ a scar that marks people as ‘suspects’ should he ever fall foul of the law. He is not a man to mess with.

The only female ‘player’ in Alan Levy’s gang is the cunning and streetwise Mai-Lin. She is a new character in ‘Retribution.’ Alan ‘fostered’ her when she was just 13, a victim of abuse who grew up in  his home, to evolve into his most successful crack/cocaine dealer. Even though she comes across as somewhat ‘child-like’ she has a devious mind, quick to use her feminine wiles to deceive people. The teenager has few scruples and will even assist Alan in killing people, if he requires it. Later in the story, readers will see exactly how Mai-Lin casts her net whilst remaining virtually immune to the power of the law.

The publication of, dark thriller, ‘Retribution’ is happening very soon, and will shortly be available on Amazon kindle and in paperback. 100% edited with just the final proof-reading to be done, the wait is nearly over…

I am an English author and have written a series of novels, titled 'Same Face Different Place. Beginnings is a gangland thriller set in the criminal underworld of 1970s London. The second Book 'Visions' is a psychological thriller, set in Kent; a mystery that ensnares the owners of an historic, English Country House. Book 3 Pleasures contains suspense, thrills and YA romance, set in a backdrop of organised crime and at the advent of the British rave culture. There are 2 final books in the series, Retribution (Phase One) and Retribution (End Game) where the saga reaches its dramatic conclusion.
View all posts by Helen J. Christmas →
This entry was posted in Character Blog Tour, Fictional Characters, Story, Writing and tagged bad characters, book, characters, criminal underworld, gangsters, novel, organised crime, psychopath, publishing, Series, story, writing. Bookmark the permalink.

1 Response to Who are the Bad Characters?

This site uses Akismet to reduce spam. Learn how your comment data is processed.